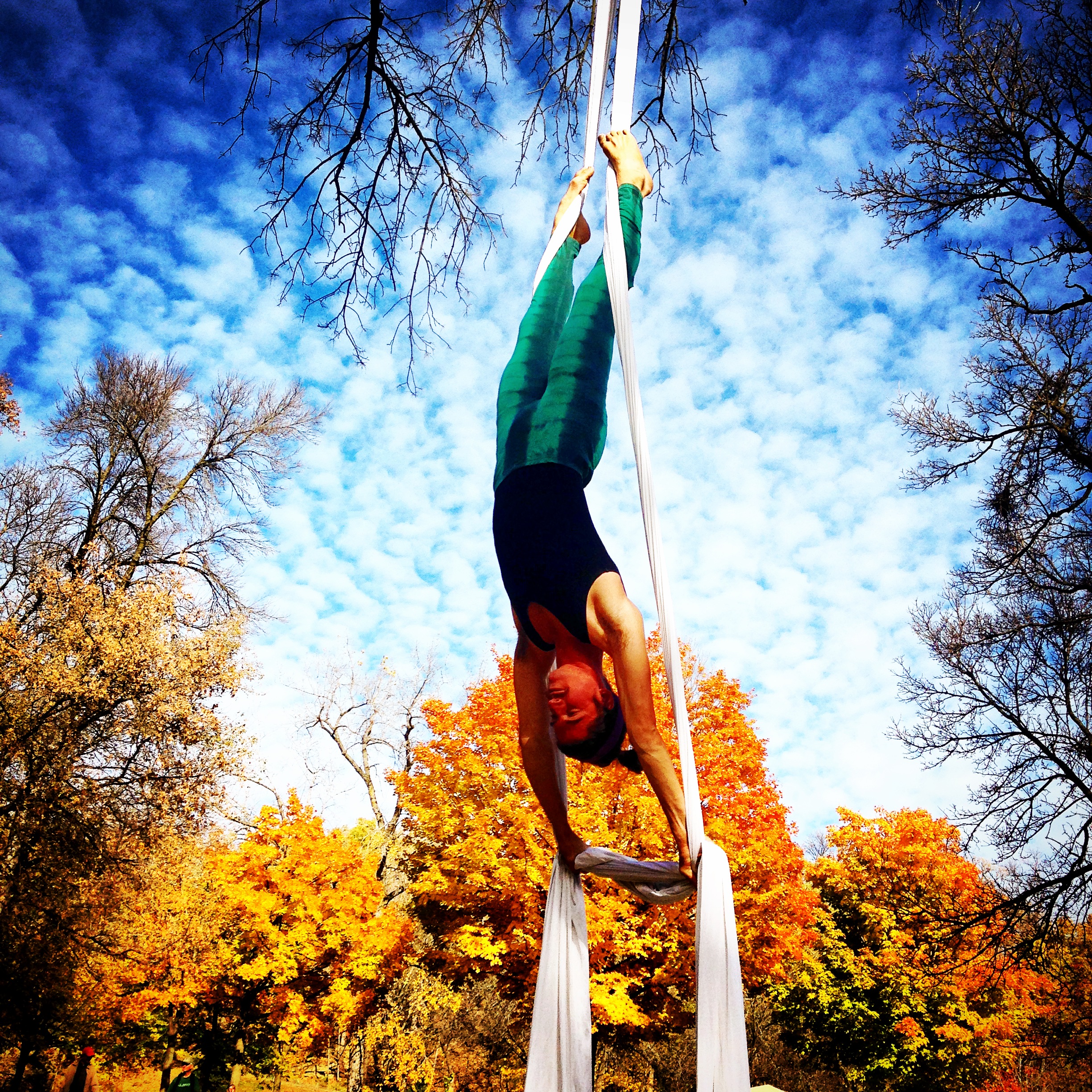 Nicolas’ passion for aerial arts began in 2006 with recreational trapeze classes, and grew into an obsession with the aerial fabric which led him to switch careers and pursue this movement discipline full-time. In 2014 he received his diploma as Circus Arts Instructor from the École Nationale de Cirque (ENC- National Circus School), via their 9-month program. After completing his stage at the ENC, he was hired as coach in their recreational youth program. Nicolas also spent his year in Montreal training on the aerial fabric with Anouk Vallée-Charest, Dawn Shepherd, and Téo Spencer. Now back in Minneapolis, Nicolas is thrilled to be part of the coaching team at Xelias, where most of his aerial training took place, and which continues to be a nurturing and supportive environment.